I'll admit I am a bit of a deviant; I've never seen the original Star Wars movies (episodes 4-6). I'm familiar with the characters and basic plot summary. Classic tale of Good triumphing over Evil as the main character, Luke Skywalker, discovers his family roots. Princess Leia, who is stunning in a gold bikini, turns out to be his twin sister, but that revelation pales in comparison to the shocker that his arch-nemesis lord Darth Vader is actually his father. I'm not sure how Han Solo factors into the storyline, except that the role catapulted Harrison Ford from a carpenter who installed cabinets for George Lucas to a silver screen superstar. There are really cool special effects, various robots, an actual dog who serves as a co-pilot, and a green little gremlin who keeps talking about this mysterious force.  Oh, additionally John Williams composed a killer musical score. The End.

During my elementary school years, I observed that Star Wars was a major obsession among my male classmates. I figured it would be something they would grow out of when they became older. Oh, I was wrong. Quite wrong. While we were dating, Husband and I queued for nearly two hours to watch Star Wars Episode I: The Phantom Menace on the night of it's premiere. He also dragged me to Episode 2, but I don't remember it's title, and I think I feel asleep during the movie. We were engaged by the time Revenge of the Sith debuted in our local cinema. I had accepted that watching Star Wars films would be part of my marital obligation. However, I was actually enjoying the movie, and as we approached the dramatic fight sequence between Anakin Skywalker and Obi-Wan Kenobi, Husband leaned over toward me and whispered "I've been waiting twenty-five years for this!" Seriously? Was I really planning to marry this dork?

As you can probably gather, I did go ahead with our wedding, and I think I actually gave him a DVD set of the Star Wars series as a present. Although we have a copy of Revenge of the Sith for our upgraded Blu-ray player and Husband can watch it whenever he wants; whenever he finds it on regular TV, all activity must stop so that he can watch it again for the millionth time. I think I've  actually seen it enough times that I can quote particular lines. In particular, I'm feeling the same sense of betrayal and disappointment as Obi-Wan Kenobi.


"You were the chosen one!"
"You were to bring balance to the force, not leave it in darkness!" 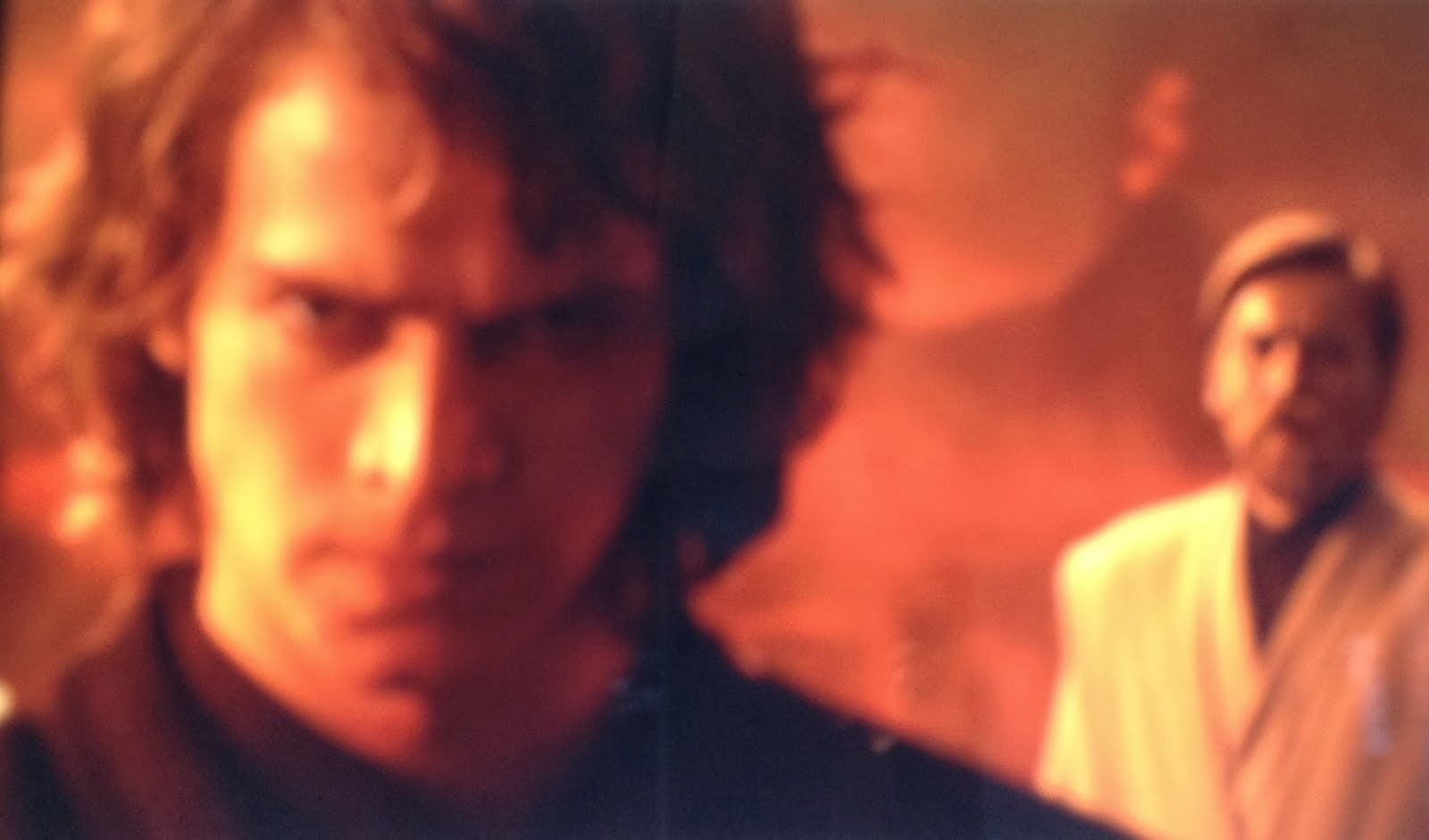 My Embryo turned to the dark side...

In the words of Master Yoda: *Failed* I have.

I am manifesting my regret over only transferring one embryo by projecting the conversation between Misery and New Girl as they discovered my results.

"Aww, Jane's beta is negative"
"Silly girl, so concerned about the risk of twins. She should have transferred both."
"Doesn't she know she has shit for embryos?"
"No one ever wants to hear the truth. Shall we do rock/paper/scissors to decide who calls her?"
"She instructed us to leave a message on her voicemail. I wish they all would do that; it makes it so much easier when you don't have to speak to them in person..."

I was in a lecture on chronic pelvic pain when I checked my phone and saw a missed call and voicemail. I should have waited until the end of the lecture to do this, but I looked at the length of the message. Twelve seconds.  I still had her voicemail with the beta results from my last transfer. Not that I was saving it for nostalgia, I just never get around to deleting my old voice mail messages. I found the previous message -it was thirty seconds long. I started applying the Thin Envelope Theory. Remember when you were applying to University or Graduate programs? A thin envelope was an ominous sign of a single page rejection letter. A thicker envelope held the promise of acceptance.

Twelve seconds. That is how long it took for Misery to break my heart with the words, "I'm sorry Jane, your test was negative. Stop your meds and call us when your cycle starts. Hope you have a good weekend." Husband and I sat in our kitchen and slowly sipped beer straight from the bottle. It was really just a formality as we were already felt pretty numb from the news and we were figuratively banging our heads against the wall. I know this is so naive, but to a certain extent, once you accept that you need to proceed with IVF, you perceive that it will work. Yes, there are more treatments and transfers that don't work, but there are many that are successful. This was our stellar embryo! After our day 3 desperation transfer, I was yearning for an elusive higher quality day 5 embryo. How is it that an embryo with a lethal trisomy resulted in a pregnancy, but an excellent blastocyst couldn't make it off the ground? The further I fall down this rabbit hole, the less it all makes sense to me..

At this point, my plan is to finish my beer, throw myself in the pool (literally, as I have a swim meet this weekend and I want to push myself to swim fast) and schedule a WTF appointment with my RE to discuss our best course of action in terms of the next steps. I'll close with the (modified) words of Obi-Wan;

You could have been my son or daughter. I loved you.