Maybe This Time Will be for Real..

I've previously written that there are no external factors that will influence the likelihood on whether or not our embryo sticks. It doesn't matter if I adopt a positive attitude and exude optimistic energy. The recent unfortunate events in our life won't tip the scales in our favour. Even transferring a known euploid embryo doesn't do too much to raise my confidence. Yet, there is one recent observation, which suggests that this might actually work.

In the ever persistent body image battle of self versus self esteem, I'm surprisingly finding myself on the side of self acceptance. In the many weeks leading into the transfer, I once again went through the ritual of dedicating myself to fitness and proper eating in order to optimise my body before a possible pregnancy. Of course, this time was going to be different compared to all the other times I made such a vow in vain.

Well, it sort of was. I was quite frustrated as I couldn't swim or go to the gym for more than a week due to my injured finger; so I did a lot of yoga videos. I've also become Paleo-ish. Aramis, I can hear you groaning how you warned me that this could happen if I joined a Cross Fit gym. To be fair, they really don't push it that hard, but one day Husband decided to order a Paleo cookbook that was recommended on our gym's webpage. I flipped through Nom Nom Paleo: Food for Humans, and the strangest thing happened; I found myself wanting to cook. Never in my life have I ever found any desire to cook; it's merely been an alternative to starving. The author is local to the Bay Area, and she has cartoon pictures of herself and her family throughout the book, which lends to the illusion that cooking is actually fun! I then picked up Make Ahead Paleo and Quick and Easy Paleo Comfort Foods. I haven't fully embraced the Paleo concept, so I'm not strict, but it has been an objective of mine to eat less processed foods as well as avoid foods made with flour and sugars. The Paleo cookbooks provided ideas and instructions, but I've been adding notes to each recipe and making some of my own adaptations. Husband is keen to know who is this woman in his kitchen and what has she done with his wife?

I didn't weigh myself, but within a few weeks, I could tell that I had lost some weight. The one spot where no woman wants to lose. I've read that the first place you lose is the last place you gain, and the first place you gain is the last place you lose. For me, the first loss is my chest. Husband noticed it too, although he admitted he was reluctant to mention it to me. My relay swim teammate was not so subtle, as it caught her ire. "Allen! You need to wear a tighter suit or get bigger boobs!" Loose fabric can cost precious tenths of a second. The other limitation is that I think it would take a famine to reduce my backside. As competitive as I am, I'd rather sacrifice the time than expose any ass cleavage.

There were other moments of frustration. I have such a hard time finding clothes that fit me. I went to Abercrombie and Fitch to purchase a some men's jeans. "Would your boyfriend like some graphic tees to go with these?" asked the saleswoman. I decided that the compliment that I looked young enough to be dating a guy who would wear graphic tees trumped the humiliation that I was buying them for myself. I also saw a photo of Co-worker in a two piece on Facebook. Post full term twins she looks fucking awesome. Fucking bitch. All my insecurities rose to the surface. I'm working so hard just to maintain what I have, how will I ever recover from the affects of a pregnancy?  Fortunately, my Husband was there to offer some much needed perspective. "Ah, you don't look like that now, so don't worry about it." I retreated to our room to sulk and re-consider that I might actually have the time and energy to dedicate to an eating disorder. Husband came in offering a cup of tea, but he didn't apologise or take back his words. "Jane, you can't compare yourself to her. She's a six foot string bean. Look at yourself compared to others who have your frame and muscle structure," as he suggested a few names from our gym. Wow, I thought, as I sipped my tea. He's going to be really good at this if we do have a daughter.

I, on the other hand, may not be such a good role model. I'm finding validation through others. After explaining the swim suit sizing dilemma, two of my swim teammates conceded that I have "a good ass for a white girl". Oddly, Co-worker and two of our medical assistants all paid me compliments one day. I was starting to suspect that Co-worker may have put them up to it, but I overheard a third say, "if I had Jane's body, I'd walk around naked all the time." Okay... a little awkward... A few days later, someone honked and gave me a thumbs up while I was running. Why is there no greater instant injection to your self esteem than the attention of some creepy perv?

Yet most importantly, there have been some moments when I have glanced in the mirror, and my first thought is 'not bad.' It's time to accept that after almost three years of calorie counting, low carbing, gluten freeing, swimming, running, cross fitting and yoga; this is as good as it's ever going to get. Just as after three years of ovulation monitors, scheduled coitus, intrauterine inseminations, a desperation day 3 transfer and some unlucky single frozen transfers; this opportunity with known euploid embryos, is a good as we could ever hope to get. So C'mon embies. All this is yours to wreck. 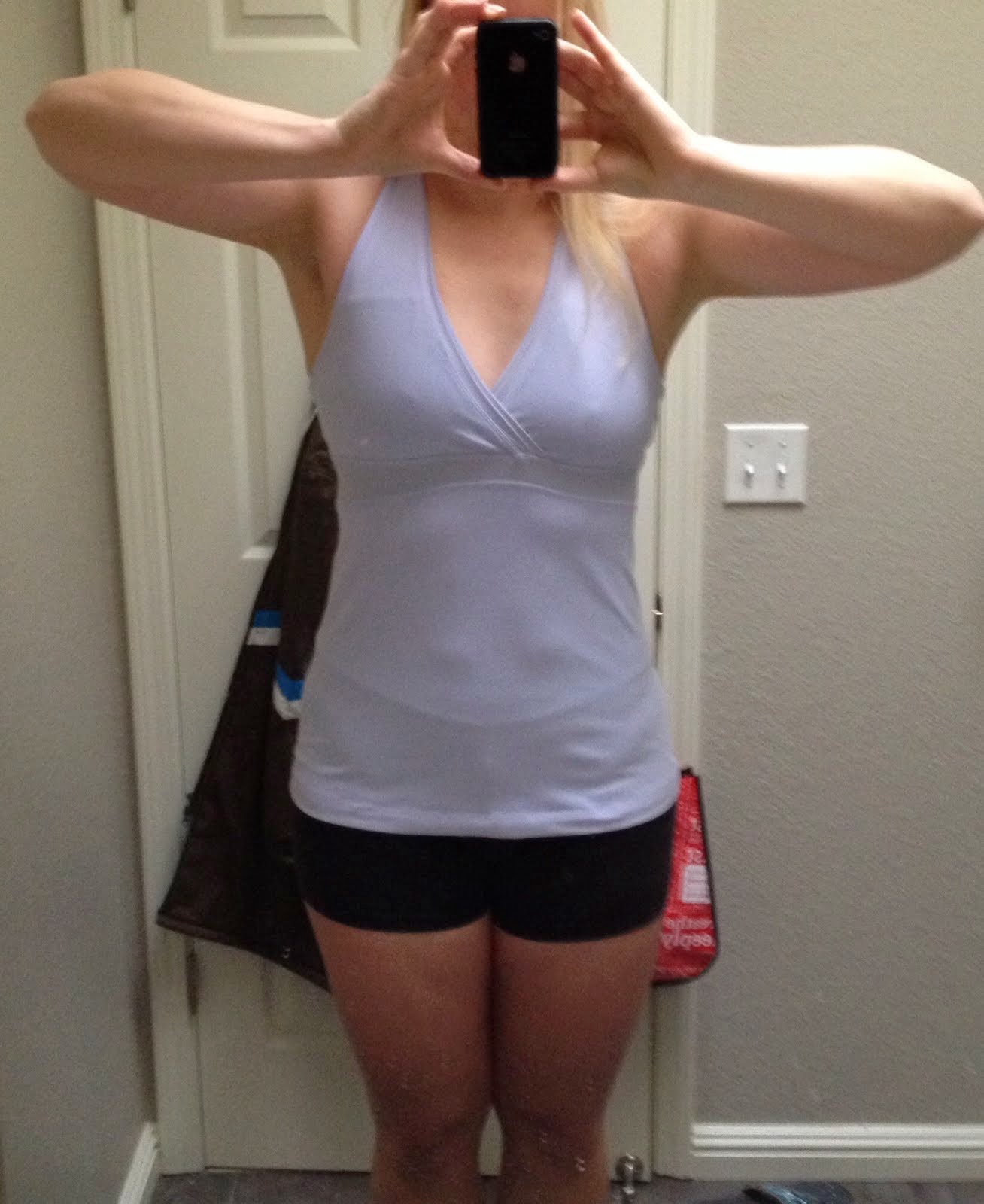